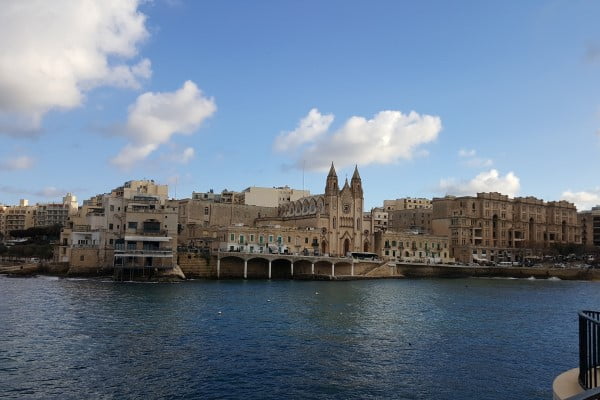 Sliema got its name from a chapel dedicated to The Virgin Mary under the title of Star of the Sea, which served as a beacon and a reference point to the few fishermen who lived in that area. The name could thus be connected with the first words of the Hail Mary prayer, which in Maltese is “Sliem Għalik Marija”. Sliem is the Maltese word meaning peace.

At the Great Siege of 1565, il-Qortin, as it was then known, was a camp centre for Turkish troops led by Dragut. He met his fate there, having been killed by a bombardment from Fort St. Elmo at the other flank of Marsamxett Harbour, where Sliema stands. Fort Tigne was eventually developed by the Knights of St. John in the late 18th century and further developed by the British in later years.

In 1855 a new church dedicated to Our Lady Star of the Sea “Stella Maris” was built. Around the new church, the small village grew into a town. By 1878, the population grew to an extent that the religious authorities had the Stella Maris Church declared a Parish in its own right and it was separated from that of Birkirkara. 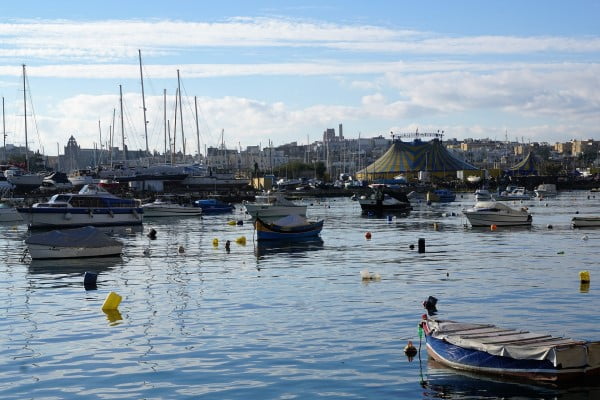 The town began to develop rapidly in the second half of the 19th century and later it became popular as a summer resort for wealthier Valletta residents. Their elegant villas and town houses lined the quiet, inland streets. Various Victorian buildings graced its three kilometre sea promenade which overlooked rugged rocks, farms and even a small sandy beach. The farm was eventually abandoned and in 1990, was transformed into a coastline garden known as Ġnien Indipendenza (Independence Garden).

A few Victorian, as well as art nouveau houses still remain in the inner streets, although only a handfull remain along the shoreline, as there has been significant modern development of apartment blocks and hotels. A distinctive group of six traditional houses with Maltese balconies has survived remarkably intact at Belvedere Terrace, set back from Ix-Xatt (the Strand). These houses overlook Manoel Island to the South across Sliema Creek; the houses have heritage protection and the lower buildings between them and Ix-Xatt cannot be built upwards.

In 1881 the first sea water distillery on the island was erected in Sliema (to provide water to the British barracks) on the Tinge Seafront. In 1882 the distillery was decommissioned. The building still stands today and since 1882 has been occupied by a printing press. The barracks it supplied water to have since been demolished in 2001 to make way for the development of Tigne Point.

The town has a considerable number of streets named after British governors or places, such as Norfolk Street, Prince of Wales Road (which was in fact opened by Prince Albert himself when he visited the island), Windsor Terrace, Graham Street, Milner Street and Fort Cambridge among others.